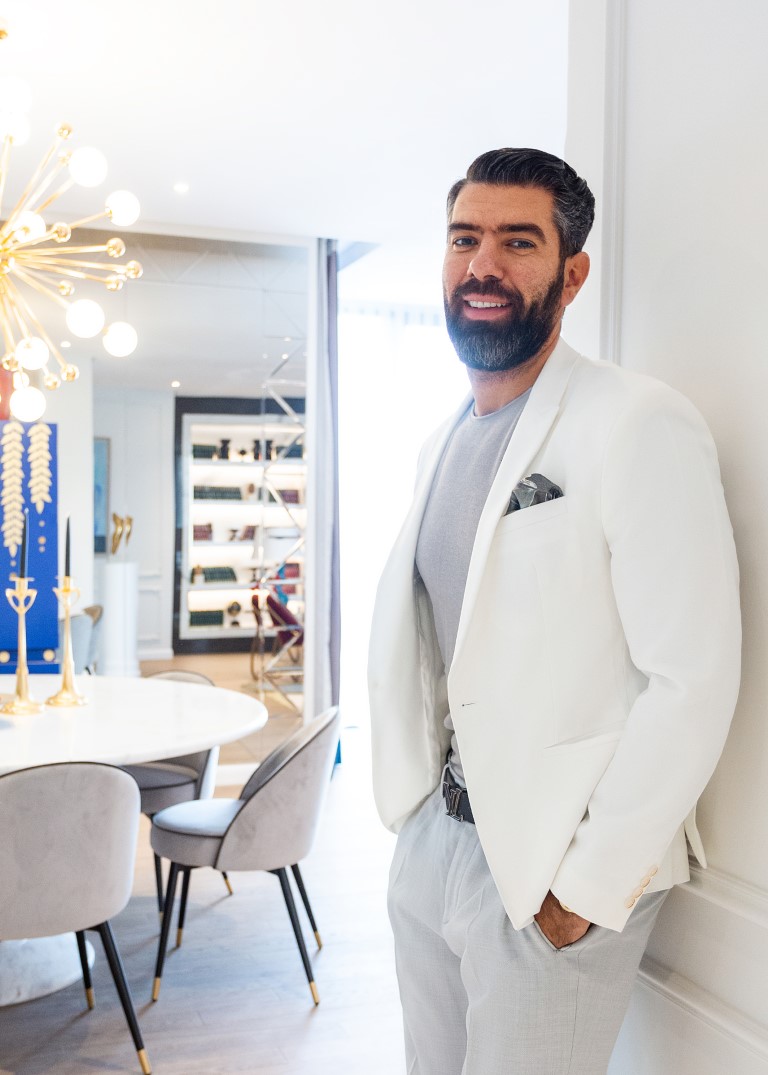 When thinking of Hamid Nicola Katrib, we can easily see a young boy who decided to speak to the world through his unique imagination, telling stories made out of shapes nd colors. Born on October 8th, 1982 in Bacau (Romania), he moved o Beirut (Lebanon) together with his family, and he grew up there. Since his early childhood, he used to get lost into the whirls of his imagination and fill tons of papers with rawings and sketches. Nothing could distract him from his art, and his parents wholeheartedly encouraged him to cultivate his talent.

Since childhood, Hamid found his inspiration in the dreamlike perfection of Flemish 17th century still life paintings. He appropriated these motives and continuously reinvented them accordingly to his own creative vision. As a teenager, Hamid used to visit his grandparents` hometown in Romania and spend his summer holidays at several local painters’ateliers. He there discovered for the first time various Flemish painting albums that attracted him and influenced his style. That was also the time when, at an early age, he learned basic oil painting techniques. Years after those summer holidays, fate was preparing a promising path for Hamid.

He graduated as an interior designer from L’Academie Libanaise des Beaux-Arts (Beirut) with excellent results and an impressive final project. His efforts haven’t left unnoticed days after graduation he has been offered a job at one of the most prestigious design studios in Beirut, whose clients count the crowned heads of the Arabic world. His experience at this studio offered him the chance to dive deep into the universe of luxurious interiors and magnificent constructions. His taste for luxury and refinement was deeply nurtured ever since At the age of 24, during a short visit to Romania, fate had yet prepared another twist for Hamid. He had the opportunity to open his own interior design oce, and he took it, instead of going back to Lebanon to his previous job. This is how his early career has begun. Right from his first design projects, Hamid’s style became remarkable by harmoniously combining various influences, from his Oriental background and love for colors and textures to the European functionality and modernism.

In time, Hamid found better, innovative ways to blend interior design and painting. One reflected in the other and became his trademark. His expressive style defined the houses of many people from around the world, counting ebanon, Sicily, and Germany. In each of his home design projects, it perfectly belonged a custom-made painting in the inconfundible surrealist style. Working hard as an Interior Architect and continuously xpressing himself through painting has made Hamid a role model. He was included in Top 30 Under 30 by Forbes in 2012, as one of the most successful young entrepreneurs in his field in Romania. His following work and determination through his early career led him to win the Insign Awards by ELLE Decoration for two years in a row, in 2013 and 2014. Moreover, his interior design projects are eatured in the most popular profile magazines, including ELLE Decoration, Forbes, BOB (Korea),,, and interior design blogs all over the world.

If you asked Hamid which is his favorite state of mind, he’d undoubtedly tell you he could wake up every day in his atelier and not leave it until dusk, bringing to life surrealist artworks. Willing to show his art – the expression of his exuberance and imagination – to the world, Hamid has held four art exhibitions in the last 6 years.